Posts tagged ‘thorn in the flesh’ 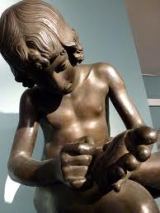 Paul says that he will gladly boast in his infirmities, as a counter-argument of boasting in his strength. Here, the word “infirmities” has nothing to do with sickness, since sickness is not even discussed anywhere in the passage, and doesn’t even fit with the context of what was being said. The Greek word for weakness is “astheneia”, which literally means “lack of strength”. Paul is pointing to his lack of strength in the natural that would be adequate for dealing with this issue at hand, which is a series of satan-originated violent acts against him. Religious people followed him from city to city, stirred up crowds against Paul, which ended in brutality and violence toward Paul, including being stoned (in a non-narcotic way).
END_OF_DOCUMENT_TOKEN_TO_BE_REPLACED

Here’s passage that’s often quoted (usually out of context) and is just as often misunderstood:

First, let’s give this a little context. 2 Corinthians is dated approximately at about AD 55-58, most likely historically placing it in Acts chapter 20, in Macedonia (northern Greece). Here are some highlights of the difficulties that happened in Paul’s ministry up to that point (listed in sequence; the years depending on the dating scheme used could be off by 1-2 years):

Acts 13
50 But the Jewish leaders incited the God-fearing women of high standing and the leading men of the city. They stirred up persecution against Paul and Barnabas, and expelled them from their region.