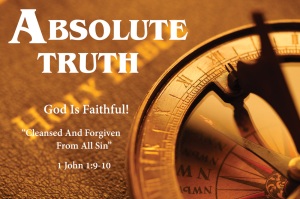 Here’s one verse that is often taken out of context and misconstrued.

1 John 1:9
If we confess our sins, He is faithful and just to forgive us sins and to cleanse us from all unrighteousness.

We are tempted to read “cause-effect” relationship in this verse in a way that’s not supported by the verse’s grammar in any way at all. The problem is not with the verse; the problem is that our Protestants minds are still so conditioned by the Roman Catholic confessional booth that we tend to read into the verse the stuff that’s not even there.

Let me put it a different way. The relationship between the two clauses of this sentence is not “cause and effect.” The relationship is not between between me confessing sin and God forgiving and cleansing. The relationship is between me confessing sin and God being faithful and just! Both of these are stated in the present tense. Your confession cannot cause God to be faithful and just – otherwise your lack of confession would cause God to be unfaithful and unjust. This is nonsensical, and it should be quite obvious.
END_OF_DOCUMENT_TOKEN_TO_BE_REPLACED

Inner transformation through the power of personal presence 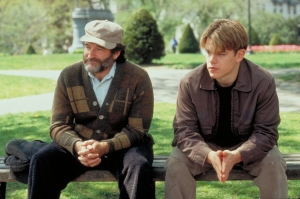 “Good Will Hunting” is amazing movie in all regards. Will Hunting, played by Matt Damon, is an troubled young man with a photographic memory and an IQ off the charts. He couldn’t get in on a good education, so he was working as a janitor. No one was really interested in him, except for a few of his buddies. He was basically a nobody from everyone’s perspective, just another kid who always got himself into trouble.

Almost accidentally, his amazing intellect gets discovered. Suddenly, any people wanted to get on the same train with Will. Dr. Lambeau, an ambitious math professor who wanted to make a name for himself by exploiting the young man’s math prowess. An government organization that wanted Will to crack enemy code. Suddenly, everyone wanted Will for what he could do for them. And yet, no one wanted him for who he was. Except for his new girlfriend, and his new shrink, Sean Maguire, played by the magnificent Robin Williams. Sean saw Will for who he was – a wounded, guilt-ridden young man who was hiding behind a facade of sarcasm and authority-flouting. He saw a good Will Hunting in that boy.

END_OF_DOCUMENT_TOKEN_TO_BE_REPLACED

Matthew 6:12
12 And forgive us our debts,
As we forgive our debtors.

On our side of the cross (post-crucifixion), it’s based on the measure of Christ’s forgiveness of others.

END_OF_DOCUMENT_TOKEN_TO_BE_REPLACED

Matthew 6:9-13
9 In this manner, therefore, pray:
Our Father in heaven,
Hallowed be Your name.
10 Your kingdom come.
Your will be done
On earth as it is in heaven.
11 Give us this day our daily bread.
12 And forgive us our debts,
As we forgive our debtors.
13 And do not lead us into temptation,
But deliver us from the evil one.
For Yours is the kingdom and the power and the glory forever. Amen

As with any prayer of petition, I believe that the so-called “Lord’s prayer” was also was meant to be answered, and it largely has been, on the cross.