Book of Romans: a field guide to the working, active power of God 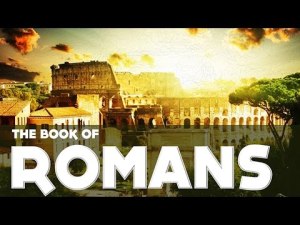 It’s commonly believed that if you misunderstand Paul’s epistle to Romans – you will misunderstand the rest of the New Testament. It’s not surprising therefore that many of the major Christian theological debates and schisms are rooted in some rather fundamental misunderstandings about the purpose and the contents of the message of Paul in the book of Romans.

The problems begin with mis-perceiving the very purpose of that book. Typically, the “Romans” is construed as a map to some sort of a “road to salvation”, which is not too bad of an idea in general. But then comes the first problem: “salvation” is construed from the standpoint of penal substitution. That is, salvation means going to heaven and not going to “hell”, after death. As Dr. NT Wright points out, this is an extemely oversimplified soteriology which is based more on pagan ideas about afterlife and about placating angry gods than it is on actual Biblical narratives. With this view, Romans chapters 9 and 11 (about Israel’s place in God’s New Covenant economy) do not have any logical place in the epistle. They stand out like a sore thumb. Even many Calvinist-leaning scholars, who base their hyper-sovereignty of God theology on Romans 9, readily concede this point.

But what if we change how we see the book of Romans in a major way? I suggest to you that rather than being focused on heaven-vs-hell artificial dichotomy, the “Romans” traces the history of God dealing with humankind in the area of DIVINELY COMMISSIONED VOCATION of humankind, and that humankind united with their creator is the exclusive instrument THROUGH WHICH God will work out his plan of salvation. Human vocation has always been to function as a nation of kings and priests, who serve as divine conduits of salvation to the ENTIRE WORLD. In other words, Romans is primarily about our vocation, and only then about our salvation.
END_OF_DOCUMENT_TOKEN_TO_BE_REPLACED

Unity in diversity, with love and power. (A divine blueprint for the 21st century universal church)

I have a couple of presence points on social media. Over 95% of my digital footprint is about the person of Jesus Christ, and about pursuing his love, grace, and kingship. So naturally, my digital friends and followers tend to be of like interests.

With that said – my circle of digital friends is by no means homogeneous.

I have friends who are very focused on the supernatural aspect of their walk with God. Which makes great sense, since the life of Jesus was book-ended with two supernatural events (immaculate conception and bodily resurrection / ascension) and filled with various miracles which he also taught to his disciples.

END_OF_DOCUMENT_TOKEN_TO_BE_REPLACED

Will the real Gospel please stand up?

So many doctrines have been piled on to the simple Gospel that it’s sometimes hard to see the forest behind the trees. Let’s wipe the slate clean and start from scratch. Here’s the big picture, the way I see it.

Adam and Eve were in the garden, perfect, free of any dysfunction in their fleshly bodies, living in a perfect little world free of lack. “Garden” or “park” in Greek is παράδεισος – paradeisos, or paradise. Their benevolent creator Daddy gave them free reign and roam throughout everything. Being fruitful and multiplying was only a part of it. Their job was to rule the earth, starting from the garden on out, and spread that benevolent reign over all of the earth.

Daddy God warned the first couple that they can live a pure simple life or trust, or they can be the judges of good and evil themselves. The latter came with a huge warning. The warning was this: “the day you eat of the tree, in dying shall you die”. That’s in literal Hebrew. (The exact mechanics that involved eating some fruit has little significance for us now, as we look back in time). In other words, something like a virus (i.e., sin) will grab hold of you, which will cause you to run down, get sick, and eventually die. In dying you shall die – that’s both the progressive and the final aspect of death. That’s the law of sin and death for you.

As the result of the fall, the same thing happened in the world at large. Sin (dysfunction) entered into the world, and so lack and scarcity entered into it, and things have been winding down and wearing out ever since (death). The concept of entropy in physics is a prime testament to that.

All of that was not due to God’s cursing his creation. Those were simply the consequences of wrong actions, and they came with God’s warning (Gen. 2:17). Also, post-transgression, God immediately stated the effects of what had just happened (Gen. 3:17).
END_OF_DOCUMENT_TOKEN_TO_BE_REPLACED