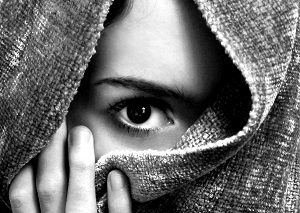 When the first couple fell prey to satan’s deception, one of the consequences was the loss of that image of God:

Genesis 3
16 […] Your desire shall be for your husband,
And he shall rule over you.

The woman’s curse was in that in her fallen state, her first desire will be not for God, but rather for her man. And to repay for that desire, the now fallen man will rule over her. The word “rule” here means to “gain control over, to dominate, to be a master of”. How far this is from the original design! That’s what happens when anyone is installed in God’s place, even if that “someone” is a God-given spouse.

This carries a profound lesson for us today. For women: if your primary object of worship is for your man, rather than God, you might become dominated or enslaved, in various aspects of your life. For men: if you don’t submit to God and learn from his heart of love, you will be prone to subjugating your woman, and to robbing her of God-given rights.

If you have read romance novels, watched romantic dramas, or have listened to love-themed songs, you know that this curse is still very much alive today. There are a number of good and well thought-out works in that genre, but a lot of what’s out there today is as unhealthy as chocolate-covered bacon.
END_OF_DOCUMENT_TOKEN_TO_BE_REPLACED 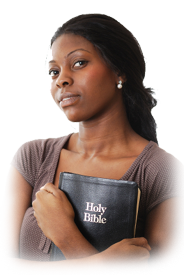 The issue of the role of women in society is as old as the Biblical story of humankind itself. So, let’s revisit the creation account for a good starting point in our discussion. It contains some intriguing insights.

Unfortunately, most translations of the account of creation and the fall will not give you a faithful representation of the full meaning of what was being said, due to different translations of the same words, and haphazard capitalization of the noun “adam”. The word “adam” may be translated as “Adam” in one place, “man” in another, or “mankind” in the third, according to translators’ biases.

So, I will take NKJV for a starting point, and give you an straight translation from the original language in square brackets. Please feel free to verify this with your favorite interlinear or original language Scripture text.

Genesis 1
27 So God created man [adam] in His own image; in the image of God He created him; male and female He created them.

The word “adam” derives from the word “adamah”, or earth. Literally, it means “that which is made of earth”, or “earthly human”. Hebrew lacked capitalization and punctuation the way English language has it today. So, let me simplify this:

Genesis 1
27 So God created the earthly human in His own image; in the image of God He created him; male and female He created them.

The word “image” (“tselem” in Hebrew, “eikon” in Greek) is something that is meant to faithfully represent the original. An example would be an icon, or a photograph. So, both male and female collectively have a God-appointed function to be a divine image-bearer in the world. Any deviation from that is bound to skew God’s reflected image, so it’s very important for us to uncover and be mindful of that original blueprint.
END_OF_DOCUMENT_TOKEN_TO_BE_REPLACED