Divine healing and health is your birthright

Open letter to followers of Jesus regarding divine healing as their birthright.

Since we are both followers of Jesus, let me ask you – did Jesus ever make anyone sick?  Name one such case from the Gospels.  That’s right, there aren’t any.  On the other hand, EVERY sick person who specifically came to Jesus for healing went away healed.  Not one went away sick.

One passage that’s commonly quoted in defense of “God makes people sick for greater good” is 2 Corinthians 12:7-10 (aka “satan’s thorn in Paul’s flesh”). The passage in question clearly names the source as “the messenger of SATAN”.  That’s as clear as it gets. It doesn’t say “the messenger of God”. This has nothing to do with God “allowing” or “not allowing things”.  God will allow what you will allow. God gave dominion over this planet to human beings, and he still works through human beings. That hasn’t changed. That’s why Jesus Christ had to come as a man.

Now, going back to the “thorn” passage. God told Paul that the way to deal with the issue was through grace. GRACE = God’s Riches At Christ’s Expense – i.e., that’s something that was already done and made available to Paul, as opposed to God having to do a new thing for Paul individually.  That’s a very important idea to grasp.  Notice how God didn’t say “my grace is NOT sufficient to you”, which is how most people understand it. But the “not” is not there in the text.  So if “my grace is sufficient for you” means “just stay in the despicable condition that you are in”, why should we stop applying this equation only to bodily sickness? Isn’t God the creator of human beings in their entirety? That’s a very shaky and dangerous theological ground to tread on.

God’s grace is something people grow into.  Grace is what’s already given; what you do with it is your choice.
END_OF_DOCUMENT_TOKEN_TO_BE_REPLACED

The myth of “Christian tithe” 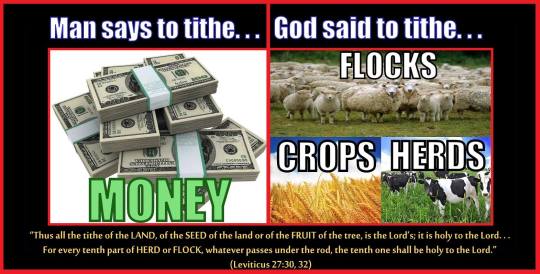 When people advocate tithing as applicable for today, I am not automatically doubting their motives (unless given a reason to do so). There are many among tithe-advocating believers who want to do right by God. What I am doubting very much, however, is their Bible exegesis and hermeneutics.

END_OF_DOCUMENT_TOKEN_TO_BE_REPLACED

INTRODUCTION TO BELIEVER’S IDENTITY IN CHRIST.

Here’s a tag cloud from a blog that I shall leave unnamed.

Christian blog tag cloud. What is missing from this picture?

What is missing from this picture? (Answer: …).

Scriptures – they have a reflective function. They serve to reflect the Word of God, which is summed up in Jesus. You can destroy your copy of the Bible, but you can’t destroy God’s Word.
END_OF_DOCUMENT_TOKEN_TO_BE_REPLACED