The image of God in us 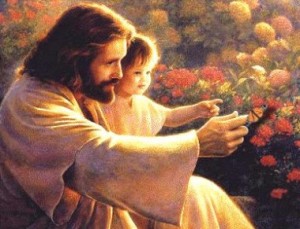 We are all created in the image of God. Inside of every single one of us, there’s a better human struggling to get out. If that’s focused upon, recognized, and encouraged, that will happen.

From a social standpoint, I really don’t so much care what religion people formally confess as I care that by their actions and attitudes they see the other human being as being infinitely worthy of love and care. In daily life, it’s more productive to deal with good Samaritans (atheists / Muslims / Buddhists / whoever else) that care for the person on the side of the road, rather than be in the company of those who use the name of God as an excuse to ignore or even provoke needless sufferings of a fellow human being. For the latter group, it’s immaterial whether they refer to themselves as Christian or Muslim or Nazi or Communist. Those designations are a mere veneer over the real mechanism of destroying the image of God in a fellow human being.

The problem that happened as the result of the Fall was not that humans became wretches / irreparably depraved / etc. The problem was that death entered the world, and corrupted the image of God in people and in the world. What was needed was an infusion of life, of divine nature, and the presence of Someone who would believe in people’s infinite worth. That was the mission and the role of Jesus. He didn’t die for us because we were wretches. He died for us because we were mortal and frail, and also because we believed in the lies that told us that we were not worthy of God. We believed the voices of others, and had lost our way. He showed us exactly what we were worth, and he showed us that the way to God is simply by allowing our human nature to be infused with the nature divine (theosis), and letting that combination take over our lives.

The opposite of that is ostracizing, scapegoating, and tribally uniting around a common enemy, real or artificially constructed. If anything was condemned on the cross – that was scapegoating. That’s the main social mechanism used to strip its victims of their dignity and of their very humanity. When we demonize people – we simply use them as projection screens. We project and subsequently see our own darkness on them, in our hearts allowing it to cover over the image of God in them. Then we stir each other up with shouts and war cries. Then we charge at those victims when they are in a weak spot, we destroy them, we bury the body, and then celebrate the victory. That celebration is something that unites the whole tribe. Afterwards the communal adrenaline temporarily drains out, and we enjoy a period of peace, until we realize that the old tensions were never really destroyed. At some point, we begin looking for the next enemy, and the cycle continues.

One of the fascinating things that happened on the cross of Calvary is that this very mechanism of scapegoating got exposed for what it was, and the record of it got etched into the annals of eternity. The body of Christ was one body that just wouldn’t stay buried and hidden in the grave. The Son of God experienced a bodily resurrection, and he stands as a living testament to that entirely demonic crowd dynamics. That was one of the biggest communal sins of the human race that he came to expose and condemn.

Instead of looking for enemies outside to search and destroy, he offers us something fundamentally different. He teaches us to begin with ourselves. He teaches us to take the beam out of our eyes in order to re calibrate our vision, so that we can see the image of God as exemplified by him. He then gives us the grace and the empowerment to be transformed into the same image, so that those who have come in contact with us know that they have been touched by the living God of love, mercy, restorative justice, and life-giving power. And that’s the power of the Gospel that has a very real chance to spread all across the world.

Whose image are you bearing? A question with far-reaching implications.

Bible: a study tool or a God-substitute