Unity in diversity, with love and power. (A divine blueprint for the 21st century universal church) 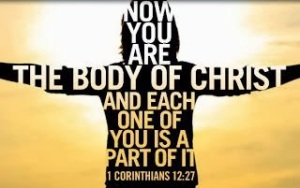 I have a couple of presence points on social media. Over 95% of my digital footprint is about the person of Jesus Christ, and about pursuing his love, grace, and kingship. So naturally, my digital friends and followers tend to be of like interests.

With that said – my circle of digital friends is by no means homogeneous.

I have friends who are very focused on the supernatural aspect of their walk with God. Which makes great sense, since the life of Jesus was book-ended with two supernatural events (immaculate conception and bodily resurrection / ascension) and filled with various miracles which he also taught to his disciples.

I have friends who are very focused on theological aspects of their faith in that they are discovering ways to walk in personal integrity and wholeness above the ways of this world (both secular and religious spheres of it).

I have friends who make it their mission in life to walk in Jesus-like power and authority, and their life is filled with stories that some of us would have trouble wrapping our minds around.

I have a few friends that have found ways to have those spheres work in harmony for them. There are those who focus on some more than the others – but without excluding the ones who do it the other way around. I am not saying which is right or wrong (those are inaccurate terms to use actually – the correct way of seeing things is whether we derive God-kind of life from those things or not.) I am simply thrilled to grow together with all of my sincere, God-seeking friends. I don’t need to try to divide the playing field using a homegrown map. Instead, I look for ways to work with both.

However, there’s one thing I won’t stand for. It’s relationless, cold religious or political fundamentalism that seeks to promote one’s own tribal identity not based on its merits, but rather at the expense of the dignity and intrinsic worth of others on the other side of the fence. That’s a cancer on our social and religious bodies. At its core, it’s very selfish, and has no concern for others – like any cancer true to its name would do. If not contained, it quickly spreads and consumes everything on its way with its incendiary rhetoric and its utter dehumanization of people who bear the image of their Creator. I have zero tolerance for that.

Listen to some preachers, and you might think that Jesus ate with religious leaders and Bible-bashed prostitutes and thieves. Actually, the reality was opposite – he ate with prostitutes and thieves, and Bible-bashed religious leaders who used their position to rob people of the image of God forever imprinted on them. He didn’t have a problem calling our religious B.S. when he saw it, and he wasn’t uneasy about publicly calling out the perpetrators of said B.S.

Institutional duplicity, hypocrisy, and inefficiency was needed to be seen for what it was. Somehow, in Western Christianity we lost the nerve to do the same. Surprisingly, among by digital friends the ones most courageous to stay faithful to this sacred calling are usually institutionally unaffiliated (sometimes critically panned as “uncommitted”). This just goes to show you how seriously messed up the institutional measuring sticks are.

But please don’t think that I am promoting the kind of Jesus who solves socioeconomic and personal ills a magic mixture of psychology. Far from it!

Jesus healed the sick, raised up the dead, cleansed the lepers, stilled storms, multiplied bread, physically translocated, and knew the things he couldn’t have naturally known. He did it as a human connected with GOd, and he taught his followers how to do those things. His disciples followed straight in his footsteps. Peter and Paul healed many sick and raised at least one person each from the dead. Philip instantly translocated 12 miles, both Peter and Paul were broken out of jail by an angel, both Paul and John saw the resurrected Christ in the spirit with great reality and clarity, Paul was bitten by a poisonous snake and didn’t even sneeze afterwards. And on and on and on we can go.

You can argue that Jesus was divine. But what about all the rest? The truth is – once you say “yes” to God, this opens us a path to a fully realized union with God where you don’t know when you end and God begins. Eastern Orthodox call it “theosis” – experiential union with God, and they perceive it as the goal of your faith, rather than “not going to hell” (that’s a whole separate story right there).

The reality of it is that we need all of the aspects of Jesus-life to make a tangible impact in this world. Otherwise we risk either creating a Christian sharia government on the one hand, or letting completely secular ideas govern our societies on the other. We need to learn how to work together, and learn from one another. The kingdom divided cannot stand.

My encounter with Jesus (short story)

Atonement – the deeper meaning behind the Christian Easter holiday

Comments on: "Unity in diversity, with love and power. (A divine blueprint for the 21st century universal church)" (1)