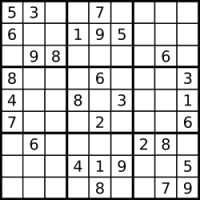 The Scriptures have been penned by 40 different authors in a time span of over 1,500 years. I believe that it was God who gave understanding and inspiration to those 40 individuals write a record of God’s dealings with humanity, in their historic context, as well as forecast future events and God’s plans and intentions in those as well. What then naturally follows from this perspective is that the Scriptures present an integrated, coherent message, united by an authorial intent and vision that transcends time and space limitations.

You shouldn’t find any “oops, I didn’t see that coming, let’s backtrack and try a different theory” type of issues here. Given the “omni-” characteristics of God (omniscience, omnipotence, omnipresence), the Biblical message should be quite focused, consequential, and straightforward. Yet many of us have different degrees of difficulty both grasping the meaning of the text, and seeing how different pieces of the message fit together to form a coherent, logically sequenced whole.

This is how you play it (for a better description, read the Wikipedia article, or better yet, play a couple of games). The playing field is a 3 x 3 square grid, and each of these 9 square grids, in turn, another 3 x 3 square sub-grid made of 9 cells. So the playing field is 9 cells horizontally and 9 cells vertically. Each smaller square sub-grid can contain numbers 1 through 9 in such a way that each number only occurs once. Each puzzle is different because some numbers have been put in for you already by the author, you just have to fill out the rest.

So, far, it sounds easy. So you start with your the first square, pop in the numbers 1-9 so that none of the numbers repeat within that small square sub-grid, and congratulate yourself on completing your first square. 1 down, 8 more to go.

Well, here’s where the rubber meets the road. There’s also this other rule of the game that says you cannot have any numbers repeat horizontally, or vertically, across the entire grid. But that’s easy, right? As it turns out, that part is nothing but easy. After you are done with the 2nd square, you may find that the numbers, while meeting the non-repeat rules of the smaller 3×3 subgrid, violate the rules of the larger grid. Often times the only way to get out of the predicament is to go back to square one (pun intended) and start afresh.

You can’t excel at this game keeping an eye only on the constraints of the immediate smaller sub-grid you’re in – you have to always consider the rules of the entire playing field. There’s only one way to solve a well-designed sudoku puzzle, and that way is precisely how the author of the puzzle designed it. If you don’t take a long view on this one, you will never be good at the game.

Being a good student of the Scriptures is in many ways like being good at Sudoku. Yes, you may study a smaller topic and you will extract some measure of the meaning in the course of your study. Your conclusions will probably correspond in some way to your topic of study. Then you keep on taking on more topics, and you now have 10 of them under your belt.

These two sides of a learning process can be called “correspondence” and “coherence”. First, the conclusions we draw must correspond to Scriptures in their textual, grammatical, and historic context. That’s correspondence. Second, as we build our conceptual framework, different parts of the framework must cohere with one another. That’s coherence.

If we have correspondence, but not coherence, then the following must be true: at least some, but possibly even all, of our conclusions are incorrect. If your car engine can’t communicate with the transmission, then there could be a problem with the engine, with the transmission, with whatever makes the two inter-operate (there could be several possibilities), and there is at least one breakdown (possibly more).

Sometimes a lack of coherence is a failure to discern a qualifier that reconciles non-matching beliefs. One of the most common example of such qualifier is that certain concepts applied in the Old Covenant, but no longer do in the New Testament. For instance, we don’t need to sacrifice animals anymore. That’s an obvious one, but there are plenty of others that are not so obvious.

Either way, if there’s a lack of coherence in our belief system, it’s not going to work for us as it should, and we should be willing to go as deep as need be to “debug” our beliefs to make sure they both correspond to the Scriptures in their context, and cohere between themselves. If you perform that type work correctly on a dysfunctional automobile, you can be sure that it will get it to run. Same for our belief system.

The process that I just described in the previous paragraph is part of what the Scriptures call “repentance” (metanoia – lit., “after-mind”, or “change of mind” in Greek). Real repentance has little to do with self-deprecation and weepy self-pity, and has a lot to do with replacing of the ideas and the notions that our mind is filled with with the truth. “Rethink” is a good synonym for “repent”.

Granted, repentance may be accompanied by varying levels of emotions, but if all you do is weep, get depressed, and make self-promises, you are not “repenting”, you are doing something else entirely. Mostly just trying to punish yourself to placate a guilty conscience, to feel better afterwards. If that’s you – I’ve got good news, Christ has already borne the guilt and the punishment for you. And he will also empower you to stop falling down. Now let’s get back to real repentance – changing our thinking.

If we correctly engage your mind – emotions will follow, sooner or later.

Also, that process takes more that intelligence; that takes adopting a whole different methodology. And being unafraid to consider, try, and adopt new conclusions, and find yourself in a minority position on any number of issues. How well we do depends in large part on what your specific goals are. If it’s to find out all that God has in store for you, then you better brace yourself, because some of what you’ve ingested over the years will be going bye-bye.

Detoxing from man-made religion can be painful to the ego, and you risk losing some friends in the process. But it is worth it? Absolutely! And as you travel that road, you will find out who your real friends are , and you will make new friends in the process! And will probably start smiling a lot more. The real Gospel is really just that good!

How to study and apply the Bible